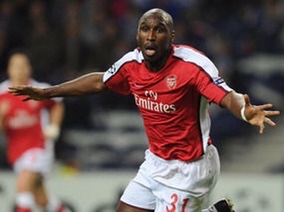 Welcome back to another Ultimate XI, today we are going to be picking from players who have played for both teams in some of the World’s best and most famous derbies.

Just for clarification, I have chosen this XI from all of the derbies listed on Futbology, and these are mainly local derbies, let’s get into it!

Peter Schmeichel is the best goalkeeper in Manchester United’s history, but he actually retired with their city rivals Manchester City in 2003.

The Dane won five Premier League titles at Old Trafford and was named the UEFA goalkeeper of the year on three occasions during the 90’s. His form at United has made him the most iconic goalkeeper in Premier League history.

He spent just one season at Manchester City and he was clearly past his best as this was his final season in professional football. He guided them to a ninth placed finish, and helped the sky blues pick up four points against their city rivals.

Aleksandar Kolarov is another player who played for Manchester City, but it is his spells with Roma and Lazio that make him eligible for this XI.

The Serbian spent three years at Lazio, and his form in the 2009/10 season saw him become a Manchester City player. He won one Coppa Italia, and one Supercoppa Italiana for the Biancocelesti.

He is currently in his third season at Roma, and his excellent set piece ability has made him one of the best full backs in Serie A, he made the Serie A team of the season for 2018/19.

Making it in at right back is the legendary Atlético Madrid defender, Juanfran. The Spaniard made 245 appearances for the Rojiblancos and he is loved in Madrid.

However, he actually came through the ranks at Real Madrid and made just six appearances for their first team, but this of course makes him eligible for this XI.

Juanfran won one La Liga, two Europa Leagues and one Copa Del Rey whilst playing for Atlético, and he was important in Diego Simeone’s defensively astute system.

Sol Campbell moved straight from Tottenham to their North London rivals Arsenal in 2001, meaning he was hated by the Spurs faithful for a long time.

Campbell had a decent, if understated spell at Tottenham, winning just the League Cup in 1999. He was a dependable defender but he needed to leave if he was ever to realise his potential.

He had a magnificent career at Arsenal, winning four major trophies in five years with the Gunners, and this move allowed him to be recognised as one of the best defenders in the Premier League.

Mats Hummels is one of many players to have made the move from Borussia Dortmund to Bayern Munich in recent years, and he won the Bundesliga with both sides. He has had two spells at each club, and he has only ever played for these two teams!

He was an integral part of Jurgen Klopp’s Dortmund side that dominated the Bundesliga in the early 2010’s, and he helped them win six major trophies in his seven year stay at the Westfalenstadion.

Hummels was also excellent under Pep Guardiola for Bayern Munich and he won the Bundesliga in every season of his second spell in Bavaria. In recent years he has been injury prone, but he is still able to read the game well and is an excellent asset to Dortmund.

Bernd Schuster was an excellent central midfielder, who made the move from Barcelona to Real Madrid in 1988. He also played for Atlético Madrid which means he crossed the divide in two different derbies!

He was an attacking midfielder who scored plenty of goals throughout his career. He was the Ballon D’or runner up in 1980, and also came third in 1981 and 1985. So he was a phenomenal talent.

Peter Beardsley was an attacking midfielder by trait, but for this XI he will have to slot in a bit further back. The Englishman played for Liverpool and Everton, but also Manchester United and Manchester City.

He only made a combined seven appearances for both Manchester clubs, so this isn’t as significant as when he crossed the divide in Merseyside with Liverpool and Everton.

He won the First Division with Liverpool in 1988/89 and 1989/90, which was the last time the reds have won the league, he was one of the best players of his generation and featured at two World Cups for England (1986 and 1990). He didn’t win anything at Everton but he made 81 appearances scoring 25 goals, a very decent return.

The legendary Brazil winger/attacking midfielder is able to make this XI because he played for both Flamengo and Fluminense. Ronaldinho ended his career in South America and this spell saw him play for both of these Rio De Janeiro based clubs.

Obviously Ronaldinho was past his best at these clubs, but his career in Europe and on the international stage cannot he ignored. He had fantastic technical ability, possibly the best the world has ever seen, and he was a football genius.

He won the World Cup with Brazil in 2002, and he won two La Liga titles with Barcelona, as well as the 2006 Champions League. His crowning glory as an individual was when he won the 2005 Ballon D’or.

Luis Figo is the second player in this XI to have moved from Barcelona to Real Madrid, and his move is arguably the most infamous. The Portuguese had a glittering career and won titles at almost every club he played for.

Figo was Barcelona’s star player during his five year spell in Catalonia, and he guided them to two La Liga titles and two Copa Del Rey titles. His performances for the Blaugrana earned him the 2000 Ballon D’or, but he was hated when he left in the same year.

At Real Madrid he won another two La Liga titles and the 2002 Champions League, he was one of the first ‘Galacticos’ and he put in some excellent performances for Los Blancos.

Robert Lewandowski’s free transfer from Borussia Dortmund to Bayern Munich in 2014 must go down as one of the greatest bargains ever.

The Pole was Dortmund’s talisman, scoring 103 goals during his four year spell there. His goals led them to two Bundesliga titles and he was also fundamental to them making the 2012/13 Champions League final.

But since his move to Bayern Munich, he has hit some wonderful highs. He has won the Bundesliga in every season in Bavaria and has scored an outstanding 230 goals for Bayern, which will surely secure his status as a Bundesliga legend.

Ronaldo has played for Real Madrid, Barcelona, Inter Milan and AC Milan, which means he is probably the most high profile ‘traitor’ as some would call it.

His solitary season for Barcelona in 1996/97 was astonishing, he scored 47 goals in 49 games in all competitions and they won three trophies during this season (Copa Del Rey, UEFA Cup Winners Cup and Supercopa De España). At Real Madrid he won his only La Liga title in 2002/03, but he never emulated the stupendous form he exhibited in 1996/97.

He made 99 appearances for Inter Milan between 1997 and 2002, scoring 59 goals and he won the UEFA cup with them in 1997/98. He was past his best when he was at AC Milan and he won no trophies there, and he scored just nine goals in 20 appearances.

That’s all for today’s XI!

View all posts by georgegeaves